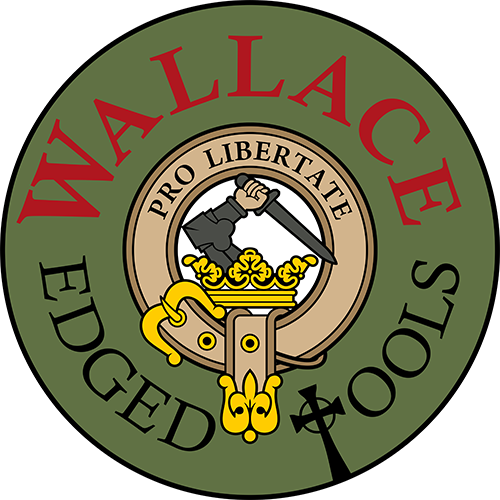 A Story About a Knife and a Boy With a Mission 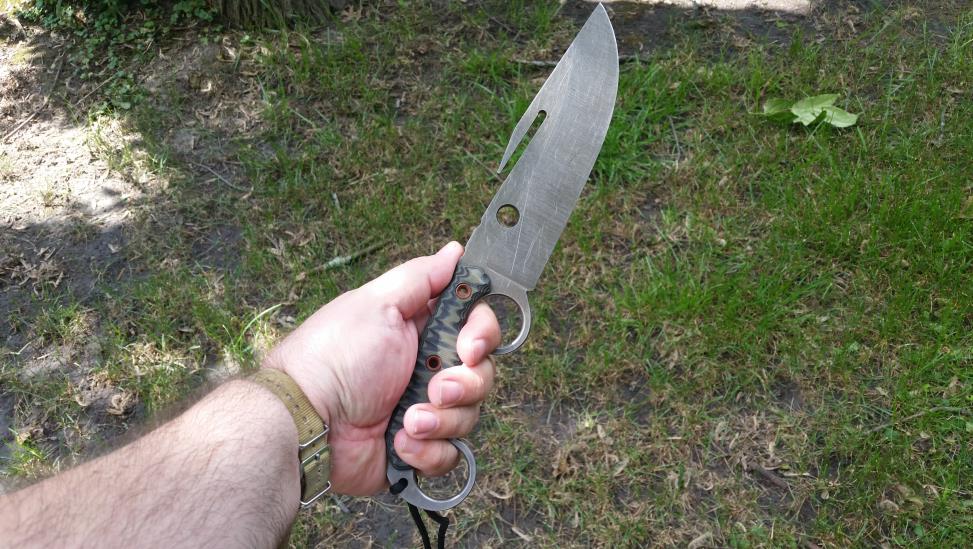 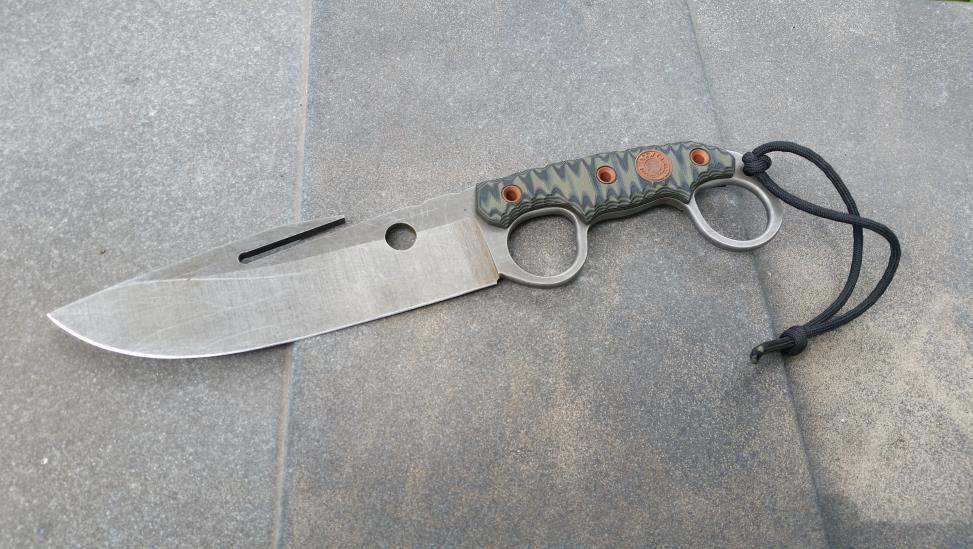 Chris Carswell is an interesting young man. Faced with multiple medical challenges from birth, Chris has nonetheless devoted himself to a life of service. His charity organization, 1Boy4Change.org, is devoted to the proposition that one teenaged boy ‐‐ including one who is, as of this writing, recovering from multiple brain surgeries ‐‐ can make the world a better place. In his spare time, young Chris does what any young man in his position would normally… Well, no. No, he doesn’t do what any ordinary young man would do; instead, he throws axes and knives, rides horses, and engages in other active, physical pursuits (when he’s not focusing on his charity and service work, some of which benefit law enforcement and our military). He also does a few things that typical teenagers do, including playing video games. One of those is the first‐person shooter “Destiny.” 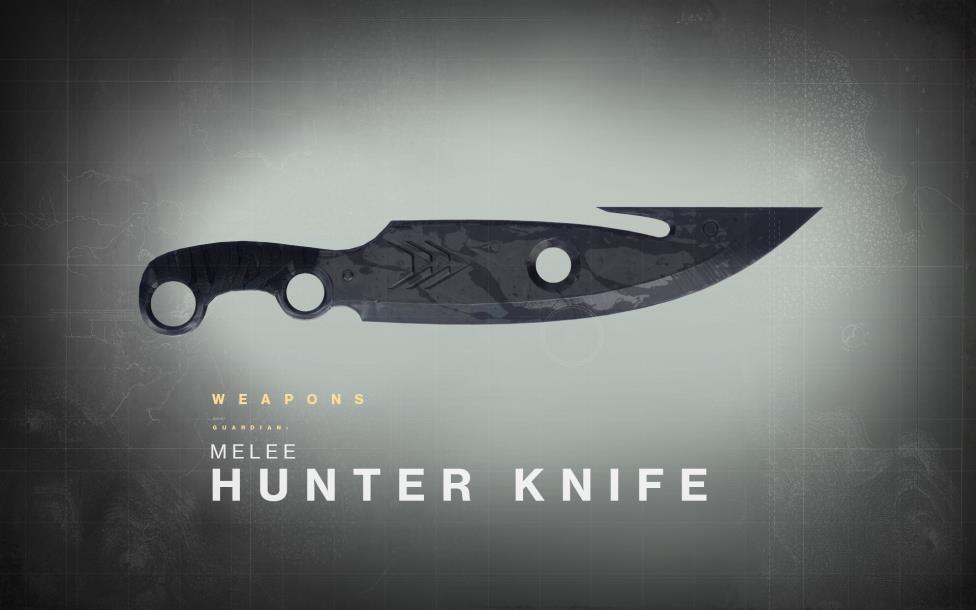 There is a class of character in “Destiny” called the “Hunter” which, among other things, is known for a guthook‐style knife these players carry. More than once, Chris expressed an interest in finding a knife similar to this one. As no officially licensed replica exists for purchase, he was limited to poor‐quality cosplay replicas or double‐ring knife models that happened to be similar. At least, he was limited to these until Mike Wallace learned of his quest.

As a talented custom maker, Mike was happy to rise to the challenge. Specifically, could a knife obviously intended only to exist in a video game, and never in reality, become a functional, quality blade that mimicked its inspiration? “I thought it was an interesting knife,” Mike admitted when asked about the project. “It makes me want to get the game and play it. I knew it would be a challenging and fun build. It’s nice to do something out of the norm.”

Mike’s creation became a 13‐ounce, 12‐inch overall blade of A2 tool steel with a blade 6.75 inches long. Handles are black and OD green multilayer G10, while the logo and tubes are copper. The knife shipped with a pair of black leather sheaths, one left, one right, to solve a specific problem: Chris Carswell is essentially ambidextrous, and as the knife was to be both a gift and a surprise, there way to select either a left‐hand or right‐hand knife without spoiling that surprise. The beautiful matched set of sheaths was made by Jose Trevino of JTLeatherSheaths.com. “He’s my ‘go to’ leather guy,” Mike explains. “Jose is a very talented sheath maker. I’m blessed that he is willing and able to make sheaths for me.” 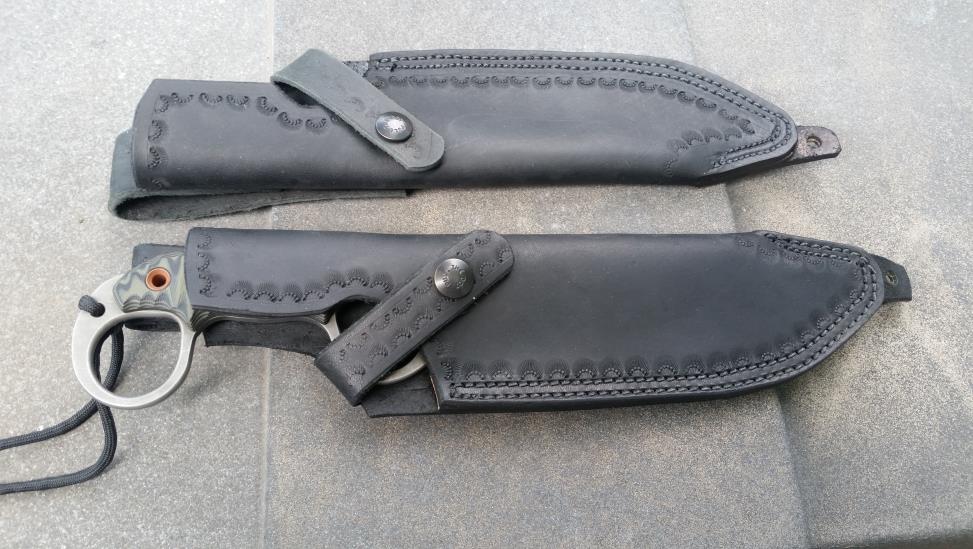 The design was not without its challenges. All Mike had to work from were digital images of the knife from the video game. As a fictional creation, there was no guarantee any of the blade’s features were advisable in a real knife. These included the layout and location of the pointer and pinky finger holes. “As hand sizes vary, this is always tricky,” Mike explains. The holes also required special attention to polishing and finish to make them comfortable to use.

“The more I worked on it, the more I got into the project,” Mike goes on. “Especially being that it was for Chris. He is an inspiration and a role model. I’m over twice his age, but I know I could learn volumes  from him.”

To complete the look of the Destiny Hunter knife, Mike decided to give the blade a post‐apocalyptic finish to match images of it online. “The knife was soaked in battery acid,” he explains, “to get the blackish etch. After that, I took it to a gravel pile and stabbed it repeatedly into the pile at various angles, stabbing, slashing, twisting, etc. I also scraped it on some fist‐sized pieces of busted concrete. Overall I’m pretty happy with the ‘battle worn’ look.”

Chris himself explained that he likes the Destiny knife because it appeals to his sense of style and aesthetics. “The Hunter class in the game is mainly the stealth/agility class. It’s used mostly by people who want to move around the map quickly and it also is best (in my opinion, and in the opinions of others) for sniper work. It’s the main melee attack for the Hunter, and depending on what subclass you pick, it’s also a throwing weapon. I f find the design of the blade itself to be interesting and, honestly, appealing to the eye.” Chris adds, “The hook at the end is just neat.” 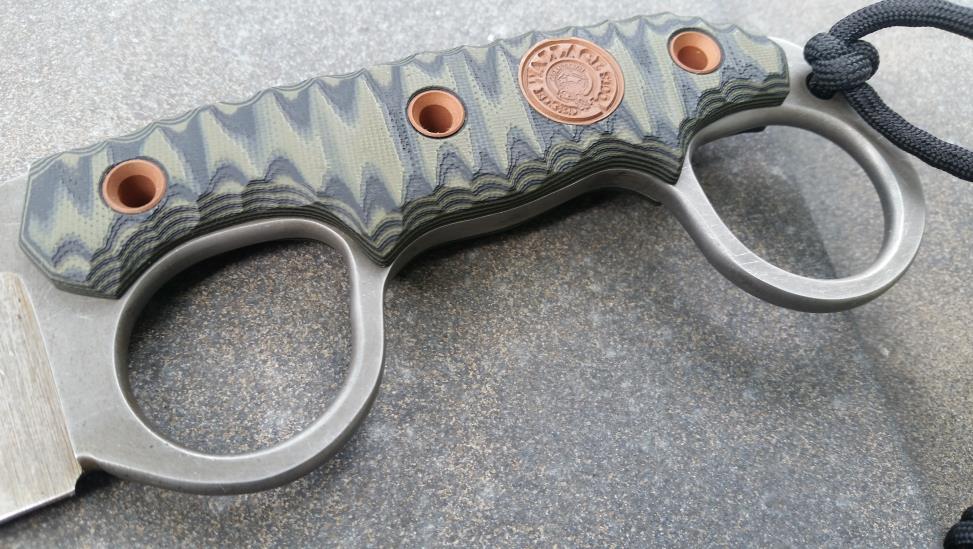 As for Mike Wallace, he says he would be willing to consider other projects of this type. “I’m always willing to look at any pictures, drawings, etc.,” he explains. “I won’t directly copy another maker’s knife design, but I will use it as the rough basis and tweak it to my tastes. Also, I like to see the picture to see if it is something I am capable of. If I’m not 100% sure I can do it, I’ll try to steer them to a fellow maker that can. I wise man knows his limitations.”

Judging by the results, Mike was 100% sure he could create this Destiny Hunter ‐inspired knife. This is, as all of Mike’s blades are, a well‐made knife that exhibits remarkable attention to detail. Although sized for average hands, it fits comfortably in my own big mitts. The texture of the G10 handle provides great traction, but it is also attractive. The gut hook is not sharpened and was included for style only, and the hole in the blade had to be made smaller than in online images (for what I presume were issues of structural integrity). Setting aside those small deviations from the template, this is not just a credible Destiny Hunter knife prop, but also a completely functional hand‐crafted field knife. It shipped impressively, even frighteningly sharp. And, yes, the knife is as comfortable in a reverse grip as in a forward grip… although I wouldn’t attempt to throw it, in futuristic combat or otherwise.

This knife is a credit to Mike Wallace’s knifemaking skills. It is also a pleasure to give to someone like Chris a gift he will appreciate and enjoy. Thanks to Mike’s quality work, this is something Chris can enjoy for years to come… and if you want Mike to take a crack at your own favorite edged tool, he just might be willing to try. You can reach Mike, as always, though his website and at mike@wallaceedgedtools.com. For more on Chris Carswell’s charity activities, stop by 1Boy4Change.org.

Check out wallaceedgedtools.com for more information!